We already know from the previous lectures that when metals react, they give away electrons and form positive ions. This topic is all about comparing the ease with which a metal does this to form hydrated ions in solution.  For example, Mg or Cu. If we want to compare the ease with which these two changes take place, let’s start writing down the two reactions:

Usually, in chemistry, the Mg is more reactive than Cu, so the first reactions must occur much faster than the second. Let's understand why.

To build this electrode in the lab, you need the following:

The reason why platinum is used for the SHE is because it is corrosion-resistant, it catalyzes the proton reduction reaction, has a high intrinsic exchange current density, and yields reproducible results. Also is used to insure a large electrochemical surface area and rapid equilibrium conditions. 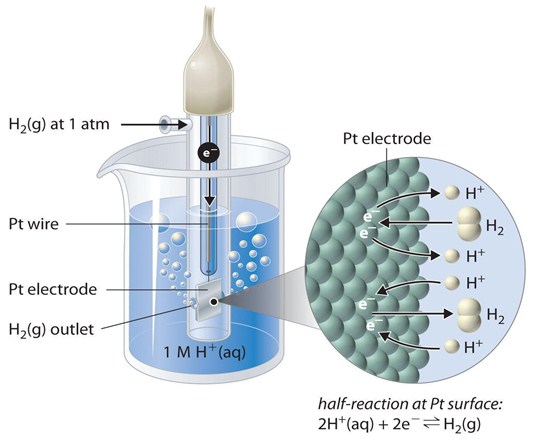 Figure 1: graphic representation of the hydrogen electrode. Important to note is the half-reaction taking place at the platinum surface. https://2012books.lardbucket.org/books/principles-of-general-chemistry-v1.0/s23-02-standard-potentials.html

The redox reaction takes place at the platinized platinum electrode. When the electrode is dipped into the acidic solution, hydrogen gas bubbles through it. The concentration of the reduced and oxidized form is maintained, so the pressure of hydrogen gas is 1 bar or 100 kPa.

The standard hydrogen electrode is then attached to the electrode system you are investigating - for example, a piece of Zn in a solution containing Zn ions (Figure 2). The whole of this set-up is described as a cell. It is a simple system which generates and measures a voltage. Each of the two beakers are called half cells. As you can see, the half cells are connected by a salt bridge (NaCl in this case). The salt bridge is needed to complete the electrical circuit without introducing any more bits of metal into the system The ends are "stoppered", usually by cotton wool. This stops too much mixing of the contents of the salt bridge with the contents of the two beakers. The electrolyte in the salt bridge is chosen so that it doesn't react with the other chemicals. 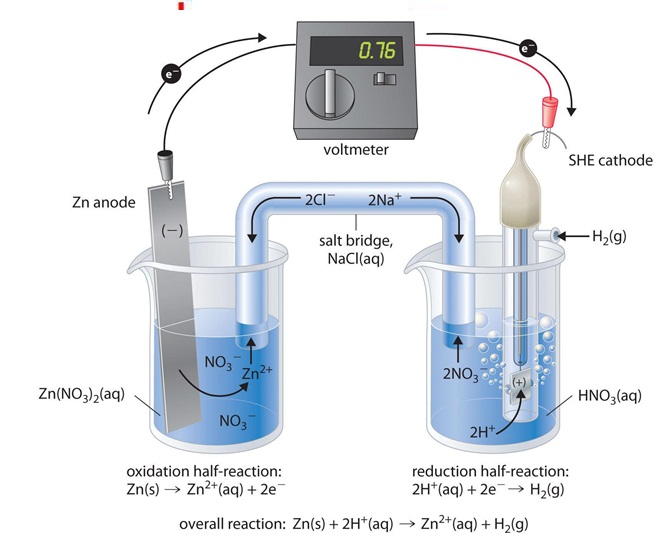 Figure 2. Graphic representation of a galvanic cell for the measurement of Zn potential. https://2012books.lardbucket.org/books/principles-of-general-chemistry-v1.0/s23-02-standard-potentials.html

The two half reaction taking place are:

If we combine the two half reactions

A conventional way to write this cell down is the following:

So getting back to our first question,

It is also important to notice that standard electrode potentials for half-reactions are intensive properties and do not depend on the amount of substance involved. This is because electrical potential is the energy needed to move a charged particle in an electric field, and consequently, E° values are independent of the stoichiometric coefficients for the half-reaction.