The largest group of elements in the periodic table are the transition metals.

The English chemistry Charles Bury used the term “transition metals” in 1921 to describe the transition series of element.

The transition elements are located in groups IB to VIIIB of the periodic table, so the transition metals are elements: 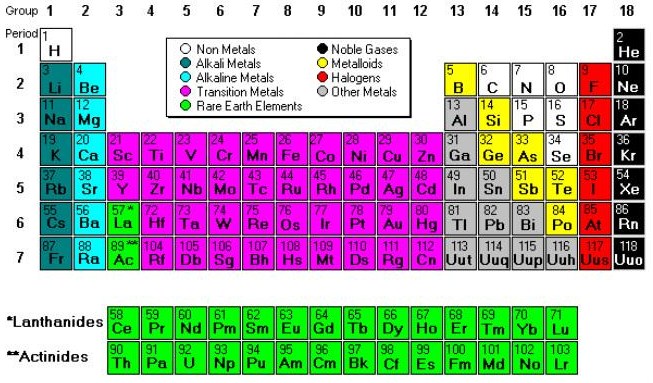 Figure 1. Periodic table of the elements. Each group of elements is highlighted with different colors. Transitions metals are highlighted in Bright pink. https://learningabouttheperiodictable.weebly.com/the-periodic-table-families.html

They look like metals, they conduct heat and electricity, they are malleable and ductile, and they form cations. Two of the best conductors of electricity, copper and aluminium are a transition metal and a main group metal respectively, and this shows the extent to which the physical properties of this 2 main group of chemicals overlap.

These are the main properties:

Many of the elements are technologically important: titanium, iron, nickel, and copper, for example, are used in almost any electrical technology component. The transition elements form many useful alloys with one another and with other metallic elements. Finally, most of these elements dissolve in mineral acids, although a few, such as platinum, silver, and gold, are called “noble”—that is, are unaffected by simple (non oxidizing) acids.

Some of the transition elements are important to the biochemistry of life.The most familiar examples being iron and cobalt. Iron can be seen as the most common and important transition metal that has many function in living systems; oxygen transport and electron transfer reactions just to cite two of them.

Cobalt is present in the vitamin B12, which is essential in humans, Vanadium is present in high concentrations in blood cells of some fish. Example of the central roles that transition metal play in the human, animal and plants are endless.

The elements of the second and third rows of the Periodic Table show gradual changes in properties across the table from left to right. What happen is that the electrons in the outer shells of the atoms have little shielding which results in an increase in effective nuclear charge due to the addition of protons in the nucleus.  This trend continues until one reaches Calcium. Consequently, the effects on atomic properties are: smaller atomic radius, increased first ionization energy, enhanced electronegativity and more nonmetallic character.  After the Calcium, this trend stops and the next ten elements belong to the first transition series and they are remarkably similar in their physical and chemical properties. Elements of first transition are more reactive than the elements of second and third.

This general similarity in properties is due to their relatively small difference in effective nuclear charge over the series. This occurs because each additional electron enters the penultimate 3d shell and proves an effective shield between the nucleus and the outer 4s shell.

Cr3+, Fe3+, and Co+2 form colorful hydrated ions that are stable in water, while Mo3+, Ru3+, and Ir+2 are unstable and react readily with oxygen. On heating, oxygen reacts with all of the transition elements except palladium, platinum, silver, and gold.

Transition metals have the ability to form complexes due its to small size , highly charged ions and availability of vacant d orbitals. Metal complexes are compounds of metal ions coordinated by ligands, and the majority of these ligands are neutral or charged negatively. Ligands with a single ligating atom are called monodentate ligands, and those with more than one ligating atoms referred to as polydentate ligands, which are also called chelate ligands.  The number of atoms bonded to a central metal is called “coordination number.” 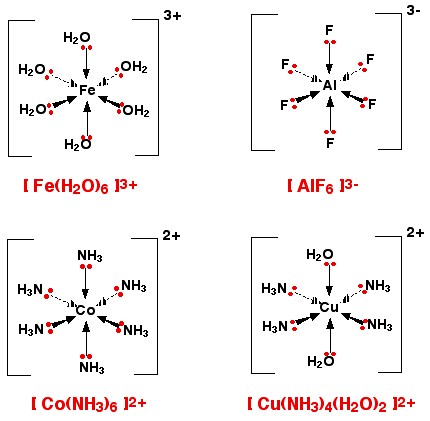