A crucial factor in understanding the chemical reactions is the knowledge of the molecular structure of the various chemical species. The geometry of the molecules decides the fate of a reaction to a large extent. Although defining the structure of a large molecule according to any fixed geometric shape is not practical, the same can be easily done for smaller molecules and ions. To understand the structural geometry in simplistic terms, the usage of three theories are widespread.

Maximum repulsion ensures a geometry where the repelling electron pairs are at the farthest from each other.

Some key points are to be noted while using the VSEPR theory for structure prediction.

For example, XeF2 has a parent trigonal bipyramidal geometry in which the 3 lone pairs occupy the equatorial plane in an attempt to minimize the lp-lp interaction (see rule 2). As a result, the shape becomes linear. 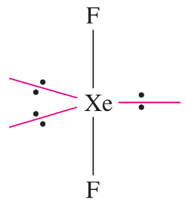 The general outcome of the arrangement f electrons pairs and their effect on the shapes of molecules/ ions is represented below: 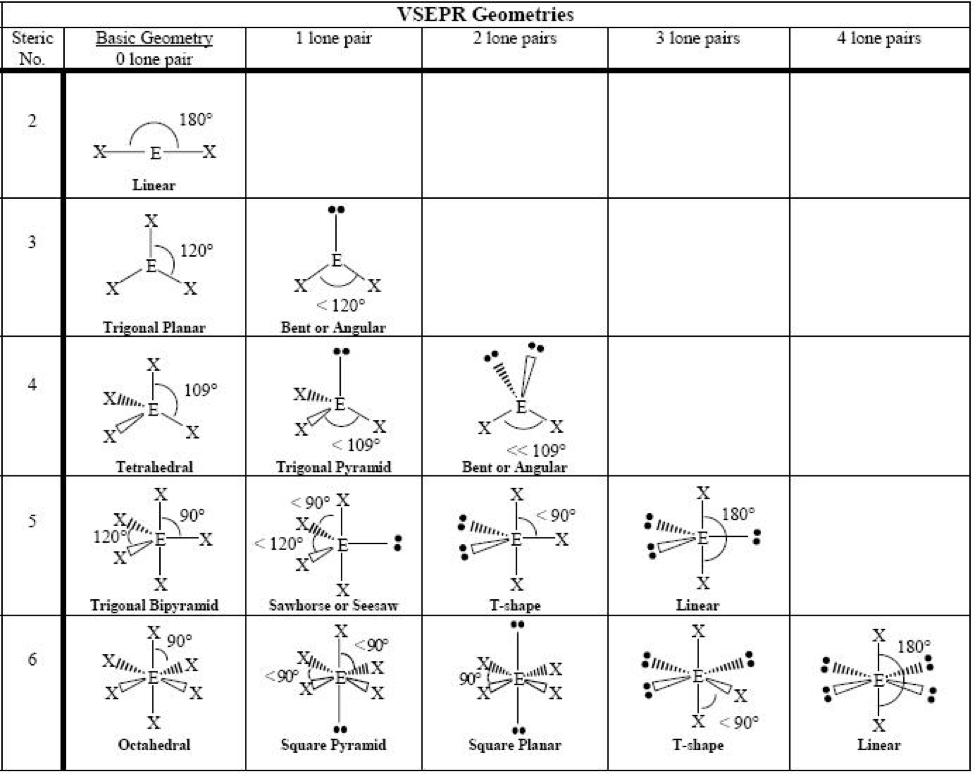 The inclusion of d and later orbitals is crucial to the accuracy in prediction of structures for a wide range of compounds including the coordination complexes and many types of organic compounds. An effective way to accomplish this task is using the Valence Bond (VB) Theory. It is based on the knowledge of the shapes of different atomic orbitals and their mixing to deliver “hybrid” orbitals. Hybridization, hence, is the pivotal point in VB theory.

The important points needed for prediction of structure of molecules/ions by VB theory are:

The shape of the molecule/ ion depends on the number of lone pairs present.

Since it is a theory, it has some drawback, most notably in the prediction of para/diamagnetic behaviour of molecules. It also suffers from the inability to account for the tetra-valency of carbon. The initial VB theory also considered electron pairs as localized. However, modern VB theory incorporates the idea of delocalized electrons.

MO theory is one of the most rigorous and successful theories in analyzing the nature of chemical bonds and the resulting molecular structure. Although the quantum mechanical basis does provide a solid foundation to this theory, the same also makes it difficult to understand the mathematically derived structural intricacies even for small molecules. Essentially, the procedure followed for the combination of atomic orbitals to form MO, is called Linear Combination of Atomic Orbitals (LCAO) and the resulting MOs are classified as bonding, antibonding and non-bonding MOs. Some of the important postulates of MOT are:

Bond order = half of the difference in the number of bonding and antibonding electrons.

The MO theory can also accurately predict the magnetic behavior of a molecule/ion.

An example is given below: 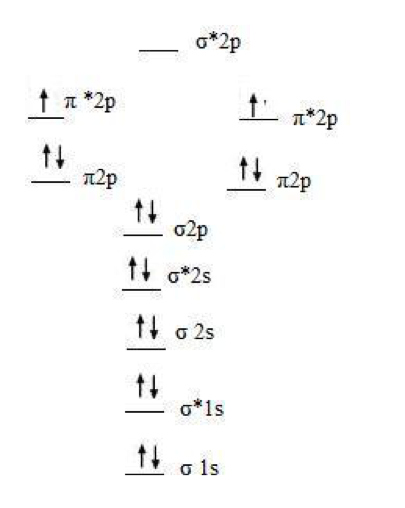