Halogens are a group of elements on the periodic table found in group 17. They are non-metals, and the term "halogen" means "salt-former" because halogens react with metals to produce many important salts. Let's think about the chlorine ion, which is usually obtained from table salt (NaCl). 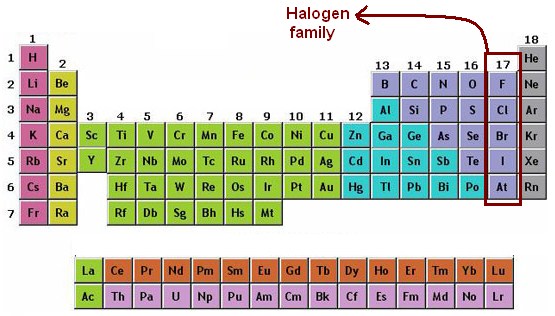 Fig1: Periodic table of the elements showing the group 17: the halogens family.https://byjus.com/jee/faq-halogens-jee/

All halogens have 7 electrons in their outer shells, giving them an oxidation number of -1. These seven outermost electrons orbit in two different kinds of orbitals designated s (with two electrons) and p (with five). Therefore, a halogen atom could get one more electron (and hold it in a p orbital), which will result in a halide ion with the same configuration than that of the noble gas next to it in the periodic table. (remember the octet rule). This is the main reason why the halogens have the tendency to acquire an additional electron making them strong oxidizers.

The halogens exist, at room temperature, in all three states of matter:

Properties of the Halogens

As mentioned above, these reactive nonmetals have seven valence electrons. Halogens range from solid (I2) to liquid (Br2) to gaseous (F2 and Cl2) at room temperature. As pure elements, they form diatomic molecules with atoms joined by non-polar covalent bonds.

There is, however, a progressive change in properties from fluorine through chlorine, bromine, and iodine to astatine.

Fig 2. Scheme representing the trends of the halogens' properties in group 7

There is a regular increase in many of the properties of the halogens as we proceed down the column from fluorine to iodine, including the melting point, boiling point, the radius of the corresponding halide ion, and the density of the element.

This trend is inverted when we talk about the reducing strength of the corresponding halides.

Here some example of oxidation reactions:

chlorine can oxidize bromide to bromine:

The halogen elements all form compounds with hydrogen, the hydrogen halides which are:

The energy of the hydrogen-halogen bond increases strongly from iodide to fluoride.

When in aqueous solution, the hydrogen halides are known as hydrohalic acids.

The names of these acids are as follows:

All of these acids are dangerous and must be handled with great care.

F2 is a highly toxic, colourless gas, and it represents the most reactive element known. As an example of its reactivity, asbestos, water, and silicon burst into flame in its presence and it is difficult to find a container in which it can be stored safely.

As fluorine acts also as a powerful oxidizing agent, (it raises the oxidation state, or oxidation number, of other elements) it is handled in equipment built out of certain alloys of copper and nickel. It still reacts with these alloys, but it forms a layer of a fluoride on the surface that protects the metal from further reaction.

Fluorine is used in the manufacture of Teflon, or to make the freons used in refrigerators.

Cl2 is a highly toxic gas as well, and a very strong oxidizing agent, which is used commercially as a bleaching agent and as a disinfectant. It is strong enough to oxidize dyes and bleaching out colours, and strong enough to destroy bacteria. From here its use as a germicide. Large quantities of chlorine are used each year as water purifying agent or to make solvents such as carbon tetrachloride (CCl4, quite toxic), chloroform (CHCl3), dichloroethylene (C2H2Cl2), and trichloroethylene (C2HCl3), mainly used in synthetic chemistry laboratories.

Br2 is a reddish-orange liquid, and its name comes from the Greek stem bromos, "stench." Bromine is used to prepare fire-extinguishing agents, sedatives and insecticides. It can give off suffocating vapours, corrode to the skin, and may cause severe gastroenteritis if ingested.

I2 is an intensely coloured solid with an almost metallic luster. As its molecular weight is quite light, this solid is relatively volatile, and it sublimes when heated to form a violet-coloured gas. Iodine has been used as a disinfectant in "tincture of iodine." In organic chemistry, Iodine compounds are used as catalysts, drugs, and dyes.

As2 s the last of the known halogens and it is a synthetic element. In fact, it was synthesized in 1940 by a group of scientist in California. Astatine is a radioactive element and its most stable isotope is astatine 210 which has a half-life of 8 hours.

Not much is known about the chemical properties of astatine but it is expected to react like the other halogen.