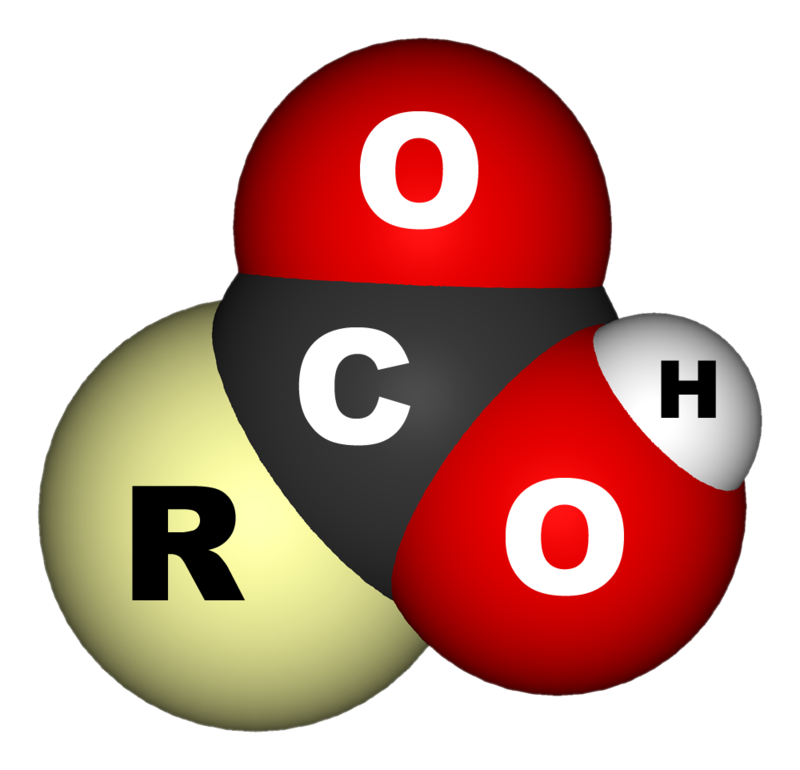 INTRODUCTION TO CARBOXYLIC ACIDS AND DERIVATIVES

According to IUPAC system, carboxylic acids are named by dropping the word “e” from longest alkane and adding the word “oic acid”. For example, CH3CH2CH­2COOH having four carbon atoms would be named as butanoic acid. In case of presence of double bond in the carbon chain, “anoic acid” is changed to “enoic acid” and location of double bond is represented by a number. For example, CH3CH=CHCOOH is named as 2-butenoic acid.

For acyl cholrides, “e” in the alkane is replaced with “yl chloride” e.g. CH3CH2COCl will be named as propanoyl chloride. In case of acid anhydrides, “acid” is replaced by anhydride e.g. (CH3CH2CH­2CO)2O is named as butanoic anyhydride.

Oxidative cleavage of alkenes also results in the formation of carboxylic acid.

Thioester: Carboxylic acid reacts with a thiol group (e.g. R-SH) to form thioester with the release of water molecule.

Acyl chloride: Carboxylic acids react with phosphorous pentachloride (PCl5) to form acyl chloride as shown below in a generalized reaction.

Acyl group substitution: Nucleophiles attack the carboxylic acid derivatives from one side of the carbonyl carbon thereby converting it to tetrahedral geometry. The X group serves as the leaving group and when it leaves, the carbon reforms double bond with oxygen. At the end of reaction, nucleophile becomes the new X group.

Reduction: Carboxylic acid derivatives are reduced to either aldehydes or alcohols. Reduction reactions include catalytic dehydrogenation, complex metal hydride reactions, diborane reduction etc. For example, acyl halides are reduced to aldehyde in the presence of palladium as catalyst under mild conditions as shown in the reaction below. 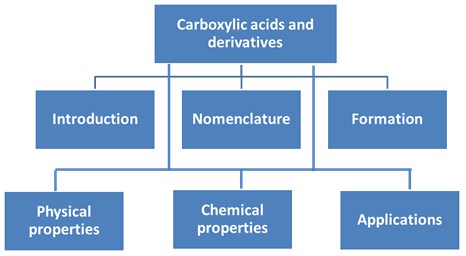 If you like what you read, and you're teaching or studying A-Level Biology, check out our other site! We also offer revision and teaching resources for Geography, Computer Science, and History.