Electrophoresis ​is a very common test run in labs which are used to identify and differentiate between different forms of protein. This process not only finds out which state the protein is in, but it also purifies it. This test can be used to find out the different types of amino acids that are formed in the hydrolysis of proteins.

Isoelectric Point ​is the pH value of the amino acids when they are added in water. This is because of the dissociation of the H+ ion from the amino acids.

Electropherograms​ are lines that are formed from the movement of the proteins to the electrodes.

The first method is slow and old and the second method is new and fast.

(The peptide bond is broken in the hydrolysis of peptides (protein) into two amino acids. The -OH gets attached to the C=O and the -H gets attached -N)

The longer the chain of the peptide, the longer the hydrolysis process will take place. This is because more time is taken to break the peptide bond and other bonds like Van der Wall forces of attraction between the atoms.

Structure of the Electrophoresis apparatus

In short, electrophoresis is a biochemical analytical technique which can be used as a test to find out if the protein is a peptide or an amino acid. Even though electrophoresis can be used for peptides, polypeptides, amino acids, and even different proteins as well, for the sake of clarity, we will only discuss amino acids. However, the same concepts can be applied to all types of molecules mentioned above. 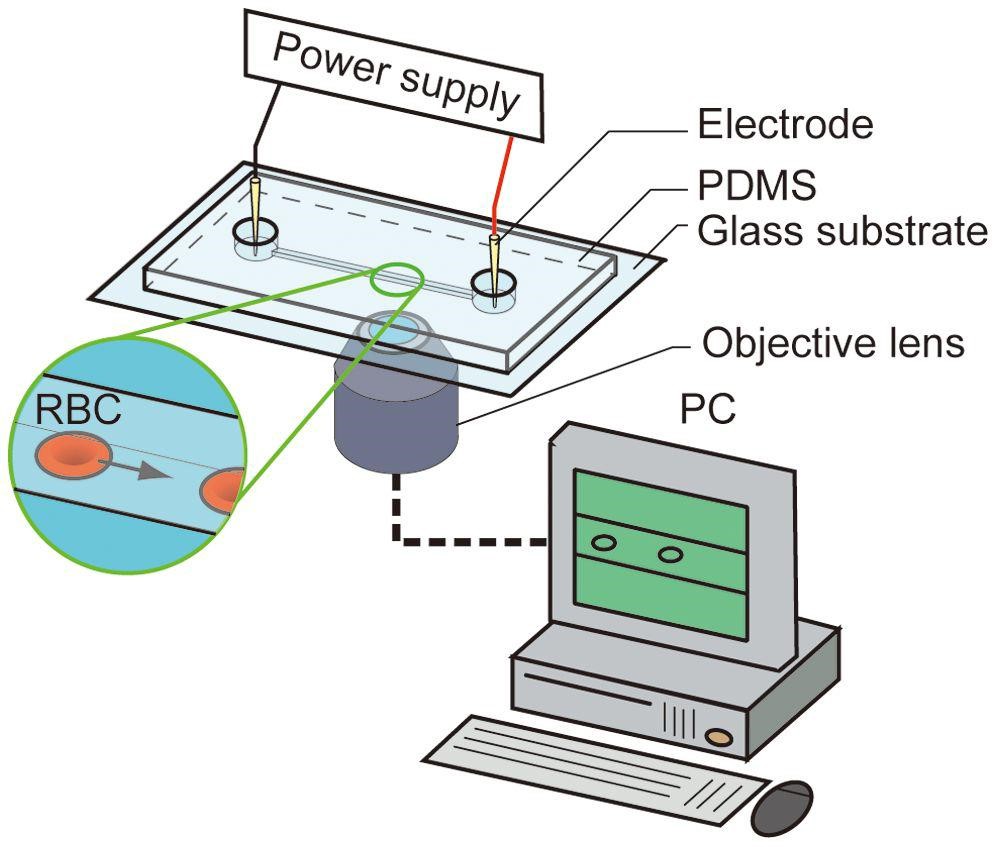 (A simple set up of an electrpherosis machine. In this picture, the Red Blood cell is being examined and tested for peptides and amino acids.)

The Science behind Electrophoresis

When the charge is applied to the electrodes, the different amino acid will move at different speeds to the respective electrode. The speed at which they move and to which electrode they travel to is recorded and compared on the glass substrate. Series of bands are formed from their movements which are called Electropherograms.

Reasons for the Changes in Speed

The speed at which the amino acid moves to its respective charged electrode varies because of different reasons:

If the pores of the gel are large, the amino acids will move at a faster rate to the electrodes compared to in a gel which has smaller pores.