Key Points that will be discussed:

Delocalisation of an electron occurs when the valence electron of an atom does not stay in its respective shell and starts to move around freely in valence shells of its covalently bonded molecule.

Delocalisation energy is the extra energy provided by the ring orbitals of the delocalized electrons, from the “pi” bonds, that are spread out over the whole covalently bonded molecule. As the electrons do not remain over one atom and keep rotating, they provide extra stability to the molecule. It is also called the stabilisation energy as it stabilises the entire molecule.

Examples in the course

The easiest way to understand this is through strengthening the previous concepts and relating this to what we learned in O levels. In graphite, carbon is bonded to 3 other carbons which means that it has one lone unpaired electron which delocalises and leaves its valence shell. This causes a “sea of delocalised electrons” to be formed. The electrons are free to move about and can carry current through them. Because of the free-roaming electrons, graphite can conduct electricity.

The most important example of delocalised electrons that we will learn in Chemistry is of the benzene ring. A benzene ring - having a molecular formula of C6H6- is a molecular ring with sp2 hybridised carbon atoms. The unhybridised p-bond forms a C=C bond at the positions 1 and 2, 3 and 4, and 5 and 6 and also at 2 and 3, 4 and 5 and 6 and 1. In fact, both of them are interchangeable and they exist together. 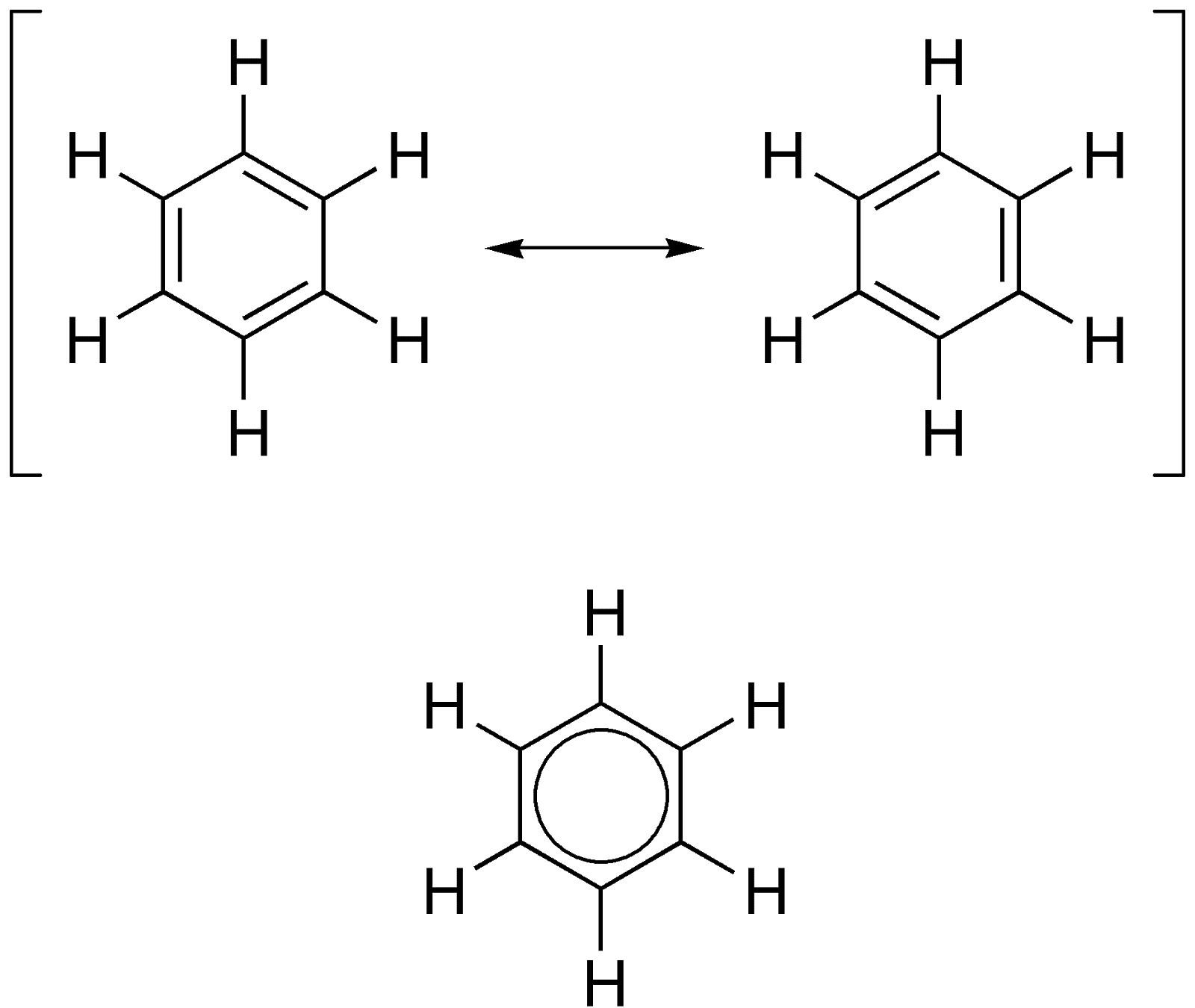 The p bonds overlap and form a “pi” bond. There are many “pi” bonds due to the C=C double bonds; they form ring orbitals on both the top and bottom in which the electrons of the ‘pi” bonds become delocalised and they move around the ring. The ring orbitals of the delocalised electrons from the “pi” bonds provide the benzene ring with distinct properties due to which its reactions differ from alkenes, cycloalkenes and cycloalkanes. 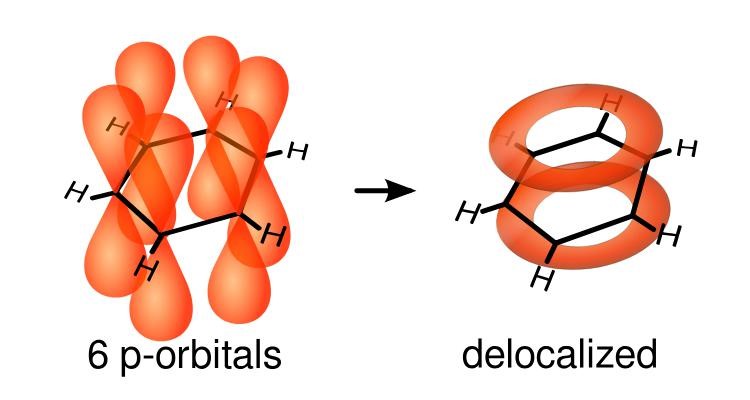 Another potent example of delocalised electrons is of the carboxylate ion.

(The charge passes on to one oxygen atom to another and the delocalised electron moves between the oxygen atoms.)

The carbonate ion, CO3 (^2-), also behaves in the same manner. The delocalised electrons from the valence shells of the Oxygen atoms keep moving freely between the oxygen atoms. This is why Bicarbonates, HCO3(^1-), partially dissociates in water and acts as an acid.

Effect of delocalised electrons on benzene

Coming back to benzene, the ring orbitals of delocalized electrons, due to the overlapping of the “pi” bonds, causes benzene to have different chemical and physical properties as mentioned above.

Firstly, benzene is less reactive than other alkenes and cycloalkenes. This is because of all the C-C bonds being the same length. There is less electron cloud distortion comparatively and thus less reactivity of the benzene ring. Benzene also does not undergo reactions that normal alkenes do.

Secondly, benzene is more thermodynamically stable and require more heat to oxidize or, in easier words, burn to produce oxygen and water. The predicted energy change for the hydrogenation of benzene, to produce cyclohexane, is -354 kJ/mol. However, when practically calculated, the energy change of hydrogenation of benzene was -205 kJ/mol. The more negative. In actuality, the benzene ring released far less energy which means it is more stable. The energy difference between the energy change between the predicted energy and the practically calculated energy is 149 kJ/mol. This energy is known as delocalisation energy. It is also known as stabilisation energy and resonance energy.