Key points which are covered in this article:

Coulombic Attraction is the attraction between oppositely charged particles.

Factors which affect the coulombic attraction

Like, the South Pole of a magnet and the North Pole of another magnet attract. Similarly, oppositely charged particles are also attracted to each other. This could either be: 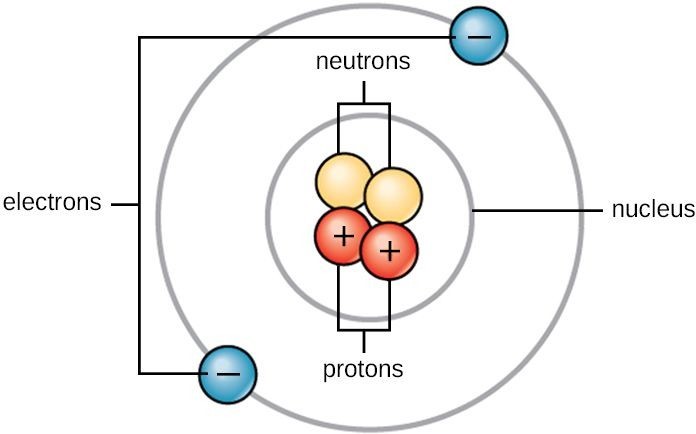 (The electrons are attracted to the nucleus because the nucleus has positively charged protons in it. This coulombic attraction causes electrons to orbit around the nucleus.)

The strength of the coulombic attraction depends on two things:

In a charged atom, the bigger the atom, the less is the coulombic attraction. Taking Li1+ and Na1+, both have the same charge, but the number of electrons and occupied shells is different. Na1 has a bigger atom and more electrons, but the charge is the same as Li1+. The charge gets distributed over a larger surface area in Na compared to Li. That is why Li has a larger coulombic attraction compared to Na. This is also a reason why Li is more reactive than Na.

The size of the charge also affects the coulombic attraction. When there is a high number of protons, the positive charge increases. The increase in positive charge improves the strength of the nucleus and is able to pull the electrons which are even further away.

Coulombic Attraction along the Period

When the two atoms come close and the coulombic attractions have a big difference (due to them being further away in the periodic table), the atom with the larger coulombic value steals

coulombic value develops a positive charge because it is electron deficient.

As one atom is positively charged and the other atom is negatively charged, a coulombic attractions forms between the charged atoms and they get pulled towards each other. This is how they form an ionic bond.